This typeface is only an useless and funny experiment, and I did it because the usual mix of ideas and motivations that drive me to make typefaces.

First of all, I had this stupid idea of joking about modular fonts taking pictures of cutting pieces of chorizo, an spicy spanish sausage with a curvy form well suited for that purpose.

Second, I had printed with chromatic wooden type in our letterpress workshop and liked the idea of making a color digital typeface.

Also, I’m part of a group of typeheads called Lletraferits (wounded by letters). We met every spring in a big countryside house for have fun eating, drinking and talking about typography. Every member can make a little lecture about anything, and sometimes type designers show spoilers of their future releases. That year I wanted to make some weird lecture to a bunch of semi drunk colleagues, but I needed a theme.

So, I had that Eureka moment: The chorizo idea could be a digital typeface and It would need shadows and colors so I would learn about multilayered type in a very simple way.

And, most important, Chorizo means Thief in informal spanish, and in that moment Spain’s politics was ravaged by corruption (and still is), so I though in a Lletraferits lecture talking about a my next typeface showing those slides with big names of politicians and that was enough for me to start drawing.

Choriza is a multilayered font and a kind of spicy spanish sausage. With three layers you can colour any salami, salchichen, sausage, wurst or pudding. Chorizo also means burglar in spanish, so it’s some sort of typographical joke about the today’s spanish politicians.

It comes with Choriza Sans, with its cutted ends to make a sans serif version.

…or scroll down for Styles, Test Samples and detailed Buying Options. 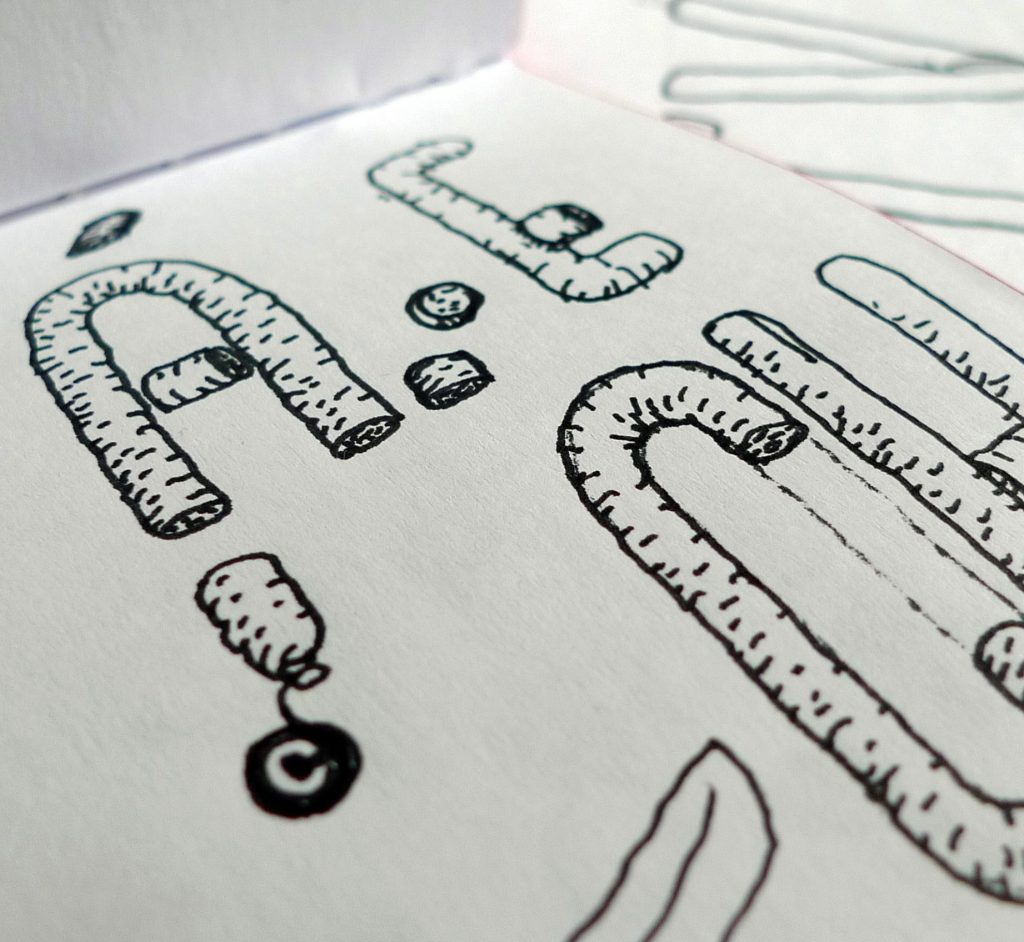 Here you can purchase licenses for Choriza.