Mecachis
The schottische is a partnered country dance that apparently originated in Bohemia. It was popular in Victorian era ballrooms as a part of the Bohemian folk-dance craze and left its traces in folk music of countries such as Argentina (chotis and chamamé), Finland (jenkka), France, Italy, Norway (reinlender), Portugal and Brazil (xote, chotiça), Spain (chotis), Sweden, Denmark (schottis), Mexico (Norteño music), and the United States, among other nations. The schottische is considered by The Oxford Companion to Music to be a kind of slower polka, with continental-European origin

The schottische basic step is made up of two sidesteps to the left and right, followed by a turn in four steps. In some countries, the sidesteps and turn are replaced by Strathspey hopping steps. Schottisches danced in Europe (in the context of a balfolk), where they originated, are different from how they are danced in the United States. The European (or Continental) version (often called skoteesh), is typically danced to faster music and is quite restrained in its movements. The American version is often large and open, with the first part expressed equally as promenades, individual or led twirls or similar moves, and the second part most often expressed as a close pivot. It seems to be mostly referred to as a shodis
Il chotis è un tipo di musica e ballo tipico di Madrid, (Spagna). Sebbene la introduzione di questo ballo sia relativamente recente (si dice sia stato ballato per la prima volta nel Palazzo reale di Madrid la sera del 3 novembre 1850) ha saputo diffondersi rapidamente in tutti gli strati della popolazione arrivando a diventare la danza tipica della città, celebrato in tutte le sue verbene

If you need a typeface suitable for the most elegant and hard work, you will fall in love with Schotis family, your true Scotch workhorse.

Schotis Text is a workhorse typeface designed for perfect reading on running texts. Its design is based in Scotch Roman 19th-century style but designed from scratch, with a more contemporary and not nostalgic look.

It has seven weights plus matching italics, with 1100 glyphs per font, with a very extended character set for Latin based languages as well as Vietnamese, and shows all its potential with OpenType-savvy applications. Every font includes small caps, ligatures, old-style, lining, proportional and tabular figures, superscript, subscript, numerators, denominators, and fractions.

The Scotch Romans were one of the most used letters during the 19th and early 20th century, but they don’t have their own place in the main typographical classifications. They appeared at the beginning of the 19th century with Pica No. 2 in the catalog of William Miller (1813) and assumed the British route towards high contrast and vertical axis modern Romans. In fact, they were called just Modern. In opposition to the continental route of Fournier, Didot, and Bodoni, the English way opted for a wider, more legible letter also resistant to bad printing conditions.

I have avoided the exaggerated crispy shapes and contrast of the 19th century Scotch Romans to achieve a modern look and better legibility at small sizes, leaving the fun drawing for the next Schotis Display, to be released in 2021. 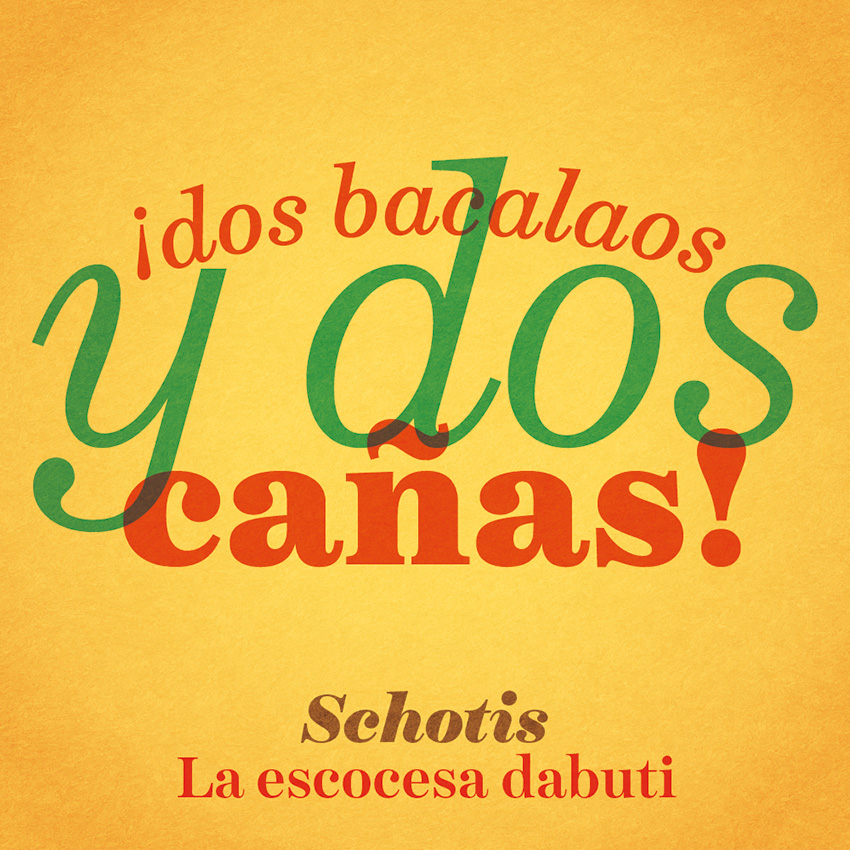 Please contact me for web, ePub, server or extended licenses.

Choose your fonts and the number of people in your company that would install the fonts in their computers.